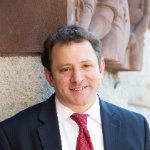 Marco received his Juris Doctor from New England School of Law while simultaneously working full time for the Massachusetts Unclaimed Property Division.  During that time Marco helped to build the foundation of what is now one of the most successful audit programs in the country, wrote legislation on gift cards and business to business exemptions in Unclaimed Property.  Marco also holds bachelor's degrees in Economics and Psychology.

Marco started Sandonato Law in 2008 to provide people and businesses with an alternative to firms who only know their clients by a case number and not a name.   He set out to give people what they needed; a strong advocate who will listen to them and work with them.

Before opening Sandonato Law, Marco worked as a consultant performing defense for unclaimed property audits.  Using the legislative exposure he received while working for the Commonwealth, Marco was especially effective in this capacity.  He also worked for and wrote newsletters for the unclaimed property division in one of the world's largest transfer agencies.  Thereafter, he began using his combined personal and professional experience in Sandonato Law.  In addition to his business and municipal background, Marco has been actively involved in residential and commercial real estate leasing and financing transactions for over twenty years.

Marco is recognized by his colleagues and clients for his unique ability to quickly assess a situation and determine an efficient outcome for all parties involved.

Thank you for contacting us. We will get back to you shortly.

Please complete all required fields below.

Your relationship with Sandonato Law starts with an initial consultation. This is a chance for us to really listen to you describe your problem or need as well as for you to see if you’re comfortable with Sandonato Law. You won’t be rushed and you will be heard.

Sandonato Law embodies the principle that if we can’t find a solution, we’ll make one. Maintaining relationships with other landlords, entrepreneurs, franchisees and consultants across the country keeps our ideas fresh. Sandonato Law is entirely focused on fighting for and creating winning solutions for you.